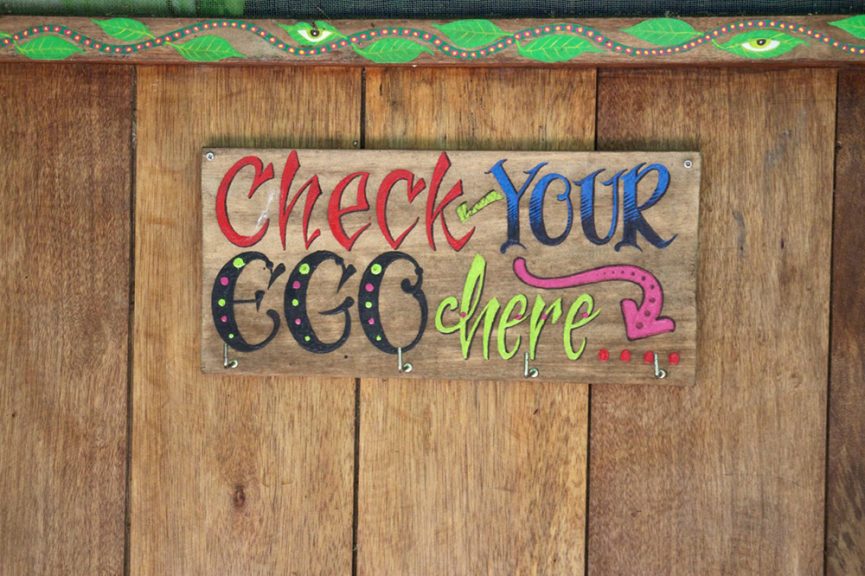 The jungle truly has my heart.

And there is nothing better than a good dose of Jungle Medicine to really set that body into healing mode.

I was born in a northern region of the world, Canada, where mountains are more the norm than hot & humid jungles. Mountains feel like home to me. But the jungle… is another kind of beast entirely.

As soon as I smell her, my whole system turns on.

From the moment I approached land, on my flight from Paris to Peru this past October, I could feel the activation occurring in my system. My vision got more colourful. When I closed my eyes, I could “see”, in ways I can’t really describe. So far, this has only happened while in the jungle, with the effects lasting a couple of weeks after I leave. The meeting place of the striped red and tan snake. Isn’t it gorgeous?

What happens when we enter into this magical, mysterious place with lush green foliage, the smell of pure earth, plants and rotting bits of nature all around? We can feel the hidden hazards… lurking about, unseen, in their element. The creatures that only come out when you are not expecting it, to remind you that presence and being in the moment, are of the utmost importance.

“Don’t touch anything”, was one of the directives given to us by Muri, a facilitator at the Chakra Alegria de Amor Rainforest Healing Centre in Iquitos, Peru. Even the cutest furry caterpillar can give you a nasty fever if you touch it. I was fascinated already.

As I approached this Shamanic retreat, hosted by Wild Playground I had some reservations about potentially having awkward encounters with jungle critters such as tarantulas, snakes and centipedes. We have all heard the expression: “what resists, persists” right? And my particular affinity for spiders has a long history, some of which you can read about here: Weaving our Reality.

Snakes were somewhat new to me, and I happened to encounter 3 of them during this five-day period.

There is something about being in this environment that just switches all those city “fears” right off. We sink in, ground into the full body sensations and learn to flow with the punches, even if they do have eight legs or slither across your path. Ok, maybe one looked more like a spastic contortion, showing off its red colourings to ward me off. I had local tarantula buddies that would run across the path as I walked. I got to know where they lived and actually missed them when they didn’t greet me!

Jungle Medicine. Sounds and initial excitement! Listen to get a real feel for what it was like:

Throughout this retreat, I was partnered with a fellow energetically-inclined bunk buddy! She was awesome. We were assigned the Tambo (a local Peruvian term for hut) furthest out from the central eating and medicine ceremony spaces. This gave us the opportunity to commune with the jungle, alone, for extraordinary walks to and from the group. We were surrounded by jungle, the sounds of animals, birds, insects. We both fell in love with our space right away. We could both feel, there was a little something special going on in there and we got the occasional eerie Tambo shake to confirm our suspicions.

My first jungle animal encounter was a toucan, who sat about 3 feet away from me, on a branch, just outside the Tambo. I almost cried of pure awe and amazement. This was fucking REAL!! We had a troupe of monkeys accompany us around too. They found it funny to dislodge large tree branches and drop them onto our heads when walking to and from our private amazonian creek washing hut. Good thing that roomie had her guardians watching out for her. She dodged a few potentially-head-damaging ones throughout our stay.

If there is one thing I have learned on these travels, it is that:

We cannot control the jungle.

Her power is of an incredible intensity and diversity. Such immense, timeless magical energy and when she spoke, I listened:

On our last Ceremony evening, I was not feeling well. I had started my cycle, and after having already undergone two medicine Ceremonies, I just wanted to feel “comfort”. The idea of another intense evening, was not going to work for me at all. And so I opted to commune with the jungle one last night, alone, as my roomie went to her third Ceremony. We were due to leave, the next morning, to head over to the Andes’ portion of our retreat.

It appeared, the jungle had other ideas in mind and me staying in that tambo alone, was not going to be one of them.

As the moment for Ceremony approached, we were awaiting the infamous sounding of the conch to let us know that it is time to head over to the Maloca, which is the Ceremony space of the healing centre. I was all settled, ready to experience a sweet, maybe a little scary, evening by myself, far out in my Tambo, when it began to rain. We were very quickly hit with a massive thunder storm that had apparently snuck in just overhead.

Rattling my bones, the thunder was so incredibly loud. The Tambo is a screened-in structure, so we could pretty much feel the mist of the rain coming in as it became stronger and stronger. There was a mysterious flash of light right outside the back end of the Tambo, all of the bugs that lived inside the thatched roof began to come inside the space, so I decided: “OK, I’ll just place the screening over my bed and I’ll be fine right?” Wrong… As I sat there, with the wild sounds of the storm erupting outside, wondering if I would in fact, be OK by myself overnight here, bugs began crawling into my screened bed-frame. All kinds of jungle bugs I had never seen before. Crawling on me, and in my bed.

I stormed out of the screening yelling: “All right, all right, I’ll leave then”! And as we got ourselves ready to move out into the rain, one of our hosts, Tigre, who had come by to get us, let me know that I could accompany Lola (his wife and our second retreat host), in their Tambo near the Maloca, as she was in recovery from the medicine work she had undergone earlier that day. She would not be able to join the third Ceremony either. I was overjoyed!!! I got lost in the jungle on the way to her Tambo. But that didn’t last too long. I was able to reach my destination, with the mere shine of my headlamp flashing before me, the intense rain falling all around and total darkness beyond.

The next morning, our walk out of the jungle was somewhat solemn, mostly muddy. Slow-paced but steady and we made good time. I was sad to leave the jungle, feeling so incredibly connected to everything as a result of disconnecting so completely.

I recorded a last audio snippet on our walk out, emotional about what had come to pass and in some ways, what we were leaving behind.

This jungle journey was my second one of this year, having hosted a retreat in Hawaii during February of 2016. I have been fortunate enough to have been called (rather loudly) to visit two high-energy, magical locations on this planet. Both introducing me to indigenous, native wildlife, plantlife and people.

All have taught me so much about living a life where our Senses and Connection to the Earth is primordial to the survival of our planet. A way of life that is inclusive, connective, open, cooperative, loving and accepting. On this recent trip to Peru, I chose to experience a deeper level of understanding, of this culture, and of myself by undergoing medicine work. I was fully immersed into the experience of digging deep. Deeper than I would have ever gone on my own. I was introduced to madre Ayahuasca and have to admit that it was not an easy shaking of hands on our first greeting. I learned that I am very very open as well as sensitive to her medicine. Taking notes for our next encoutner.

Already looking forward to reconnecting with this jungle medicine, I cannot give enough praise to the Chakra Alegria de Amor Rainforest Healing Centre. They are honestly the only people I trust to hold this kind of space for me. Everything is done with such intention, such care and such love for healing, for people, for our evolution as humans on this Earth.

The facilitators are angels and I was fascinated with our shaman, Jairo’s, energy. As soon as we approached the entrance into the grounds of the Healing Centre, I was taken aback by his solidity. I don’t think I have ever met a more grounded person. Many thanks to all of you!

“Let us keep the dance of rain our fathers kept and tread our dreams beneath the jungle sky.” ~ Arna Bontemps

Where do we go from here?

We patiently await the next Journey. I’m feeling a new exotic Sensual Retreat is brewing. More Jungle Medicine to come.

Be sure to join the mailing list below to hear about this and to read about my adventures into the wild ahead!

Welcome to your Sensual Revolution

Access a free video Ritual for you or your Couple!

For you and your Couple.
Become the Creatrix of your Life,
with the help of your Body!