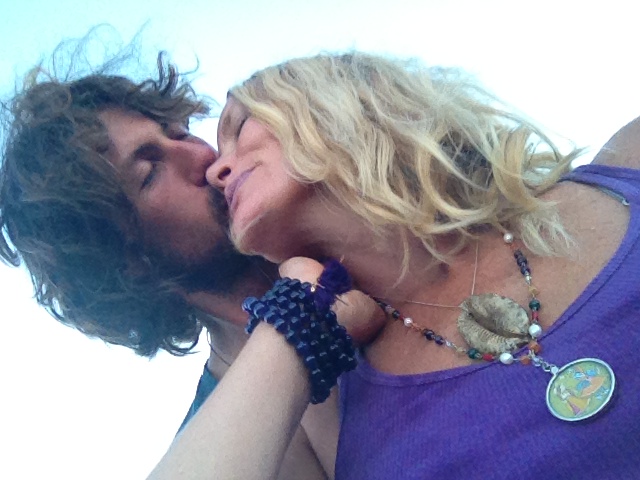 I have been home from hosting a retreat in Hawaii for five days, and am still fighting the jet-lag…

Our women’s retreat on Big Island was incredible to say the least. I saw six women, including myself, achieve exactly what they set out to do at the onset, and become empowered goddesses in their own right.

One of the elements that amazes me most, is what I did NOT see occurring….

I did NOT see a group of women, empowering each other while disempowering or putting down men in the process. As we did our work, regaining and embodying our true feminine essence and power, there was no reaction or disdain towards even the men that might have hurt, abused or oppressed us in the past, whether that be within our own lifetime, or that of our past generations. And although I believe there must be a space and time for ALL the feels to come up around how we genuinely feel about the opposite sex, there was a curious and open acknowledgement of each of our importance in that precise moment.

This scenario (and I am projecting that it will be repeated in other feminine empowerment gatherings) really brings hope that as women around the globe are becoming more and more awakened to their own power and creative life force, they are not feeling the need to retaliate in reactivity, at the expense of the masculine. In fact, the shift that has been occurring has the great potential outcome of achieving the ultimate balance between men and women, between masculine and feminine energies that exist within our partnerships, society and communities as well as within ourselves as individuals.

This isn’t even a question anymore. It has caused a great divide between the sexes. Not only has it created confusion as to where each of us fit and belong within this collaborative partnership, but it has also polarized how each of us hold our feminine and masculine energies within our own bodies and personalities.

After thousands of years of oppression and aggression, being shushed, hidden away and desexualized, receiving lower wages and lower rights and… you know, being burned at the stake… (all resulting from the dominating, competitive, hierarchal shadow side of masculine energy). We have lost our innate and inherent power to stand strong as women, in our fully-embodied, confident, feminine, creative abilities.

As a result, we encounter this aforementioned polarization within our energetic bodies. Our masculine and feminine aspects are skewed, unbalanced. And this happens in both women AND men.

Simplified examples of this can be seen when encountering the Emotional Victim, “Someone please help me”, damsel (or monsieur) in distress-type complex that wants to be saved by someone else’s actions. The polar opposite of this can be seen as the Ultra Independent, “I can do anything a (wo)man can, without his/her help”. Both of these scenarios can arise at differing times in person’s life, depending on the surrounding circumstances. I know I’ve resorted to both….

The former, Emotional Victim, which often leads to total dependance and wanting to be taken care of, often stems from a distrust in our own will and ability to “take action” towards getting ourselves out of our predicament. We need others to fulfill this lacking masculine energy.

With the Ultra Independent, a huge wall of resistance to others is put up as a protection, all of our emphasis is on our masculine “Yang” or “Ku” form of energy. There is often a strong distrust in any possibility of an authentic union and collaboration with a partner. So much resistance has been put up, it is difficult to allow others in, allow others to help us.

Within the latter, attempting to “do” it all, we don’t allow ourselves time to simply “be”, which results in detaching from our inherent feminine “Hina” or “Yin” flow. We become exhausted and block out our ability to truly feel our emotions fully. What is required here is to pause from “doing” and just “be”. The state of “being”, is what allows us to receive… Allowing ourselves to be in a receptive state permits rest and self-nurturing delights, pleasure, love, help from others, intuition and creative ideas, positive emotions of joy and happiness, feelings of appreciation and gratitude for the little things in life. When in active, “Ku” mode, we drain ourselves quickly. We barely have time and energy to give to ourselves, let alone muster up enough energy to share with those around us and help others in our surroundings heal and move forward, which is a key ingredient in helping our planet heal!! The Feminine or “Yin” energy is the great healer. Allowing this receptivity and flow, helps regenerate, ground, balance and brings us to a state where we can take new action on whatever insights, intuitive hits and creative inspirations have come forth during this receiving period.

If we consider how we relate to each other as men and women, I find it relevant to take inspiration from Jeffrey Wium, who has a great way of seeing how we might begin closing the gap between our masculine and feminine compliments.

This quote was transcribed from a Salt of the Earth interview by Veruschka Normandeau, with the director of the “Wisdomkeepers, Paqo Andino”, Jeffrey Wium.

“The woman has the responsibility to occupy creation that lies within her, she holds space in her womb that brings in life force and births, whether that be a human being, or births a project or a batch of chocolate chip cookies. There’s a divinity that moves through that, and when woman stands in that essence and in that power and stops asking man to protect and take care of her, then man […] can stand next to her.”

“As the woman steps in her power, the man, instead of standing in front of her, protecting and controlling, he can stand next to her. As the man steps out of violence and sets down all the weapons, including the mind, because that’s the most violent weapon of all, then the woman has the safety that she can stand next to him. And together we can do that Sacred Dance together. We can step out of these constructs that we can only love one person and that you can actually be in love, because love is what fuels the universe, and when we can sit in that loving presence, outside of sexuality, outside of awkwardness, outside of fear, outside of abandonment. Then we are getting somewhere step by step.”

This perspective is quite refreshing…

If we take this ideal that a woman, coming into her power, into this new rising fully-embodied feminine spirit, we see how key this is, to getting closer to a great equalization of powers within our human interactions. It can lead to this grand vision of communal interdependence with each other, collectively bridging the gap that has been created through Millenia of conflicting and opposing masculine and feminine energies that when balanced and harmonized as a whole are SO much more than the sum of their parts.

Agreeing that responsibility does not fall solely on the woman, it is understood that what is essentially required is for both parties to take full ownership of their work to be done.

But if we, as women are ready to stand fully in our own power, in our creative natures, owning this ability of ours to feel, get in touch with our creative essence, our intuition, our feminine ability to birth into this world, both human life and energetic life in the form of projects, ideas, arts, healing… Then not only are we reaping the benefits of getting ourselves back on track and in connection with our purpose and life, but we are consequently propelling our masculine compliments into their own power as well. We are working at birthing the life WE chose to create, becoming whole in our inner masculine and feminine energies and letting go of all those expectations and attachments that consequently lead to deception and disappointment… What an incredibly powerful Win-Win situation!! Veruschka and her Twin Flame, Photo by Michael Bergen

But here’s the question… once we have begun taking these steps for ourselves, how can we, as women, help support the divine masculine in the rise to his highest form of self-expression?

Anaiya Sophia, author of Sacred Sexual Union: The Alchemy of Love, Power, and Wisdom, describes this scenario well, while explaining how we might understand our masculine compliments better, if we know where they are coming from:

“The old paradigm has brainwashed the man to suppress his feminine side and the expressions of his feelings. In this way, he can never know love as deeply as his feminine counterpart. I am not saying that he does not love as deeply, but rather that his depth of feeling is often numbed and disregarded. Unlike women, men steer clear of overwhelming feelings, imagining that they would lose their minds or that they would lose control. Yet in this avoidance, they are crippled and denied the freedom to know chaos, to know the essence of Shakti herself.”

“One of the greatest wounds of the masculine is being rejected by the feminine. It’s different from the abandonment issue for women. This rejection doesn’t involve a push; it comes as a cold and icy turn away. The masculine feels that if this happens, he will die. Paradoxically, he also carries the fear of being consumed. There is an incredible dichotomy, a love/hate battle going on inside of him.”

“Understanding this archetypal battle in the masculine psyche can help women hold loving space for their men.”

The key, then, lies in our ability to hold space for these awakening men to get back in touch with their feelings, sensations and energetic bodies, standing strong in who they are and what they offer to this world. So what exactly are these divine masculine qualities we are so adamantly speaking of?

Teal Swan speaks of these qualities elegantly in her post entitled: “How To Awaken The Divine Masculine Within You”, as relating to men and women, as well as to each of our respective inner masculine and feminine energies.

The divine masculine is what is going to support the birth process of the new earth, which is being brought into manifestation by divine feminine.

If we are to bring this all together:

The more we, as women, begin to take the time for ourselves to fully embody our own feminine strengths and creative abilities, as well as explore our inner divine masculine and feminine energies, the more we are helping men regain their place in the world as great supporters of what is being created, as a strong active element in ensuring these creations are brought forth into the world, into the creation of this New Earth. As we tap into our feminine energy and get back in touch with our ability to receive, we gather intuitive information, and enough emotional and physical energy to hold the space for our masculine compliment to find his divine power and essence within. We in turn begin to see and appreciate him in his full power. And as such, the wheels of divine essence keep turning. So be it…

Ready to embody the fullness of both your YIN and YANG energies? Get in touch, I’m taking on fresh new clients as we speak, as a part of my Tantric Coaching Certification. Fill out this First Contact Form and let’s chat!

Sending you sexy vibrations all over.

Welcome to your Sensual Revolution

Access a free video Ritual for you or your Couple!

For you and your Couple.
Become the Creatrix of your Life,
with the help of your Body!